forum for all and everything. where you will find thousands of programs, games, vectors for designers, books and more 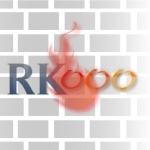